As some states begin to loosen their restrictions these graphs show current cumulative cases as well as the five-day trailing average of new cases, per state, per region. As with our previous updates, these differentiations are important, as states can have very different numbers of confirmed cases, and their curves over time can follow very different trajectories. The differences continue to be notable. 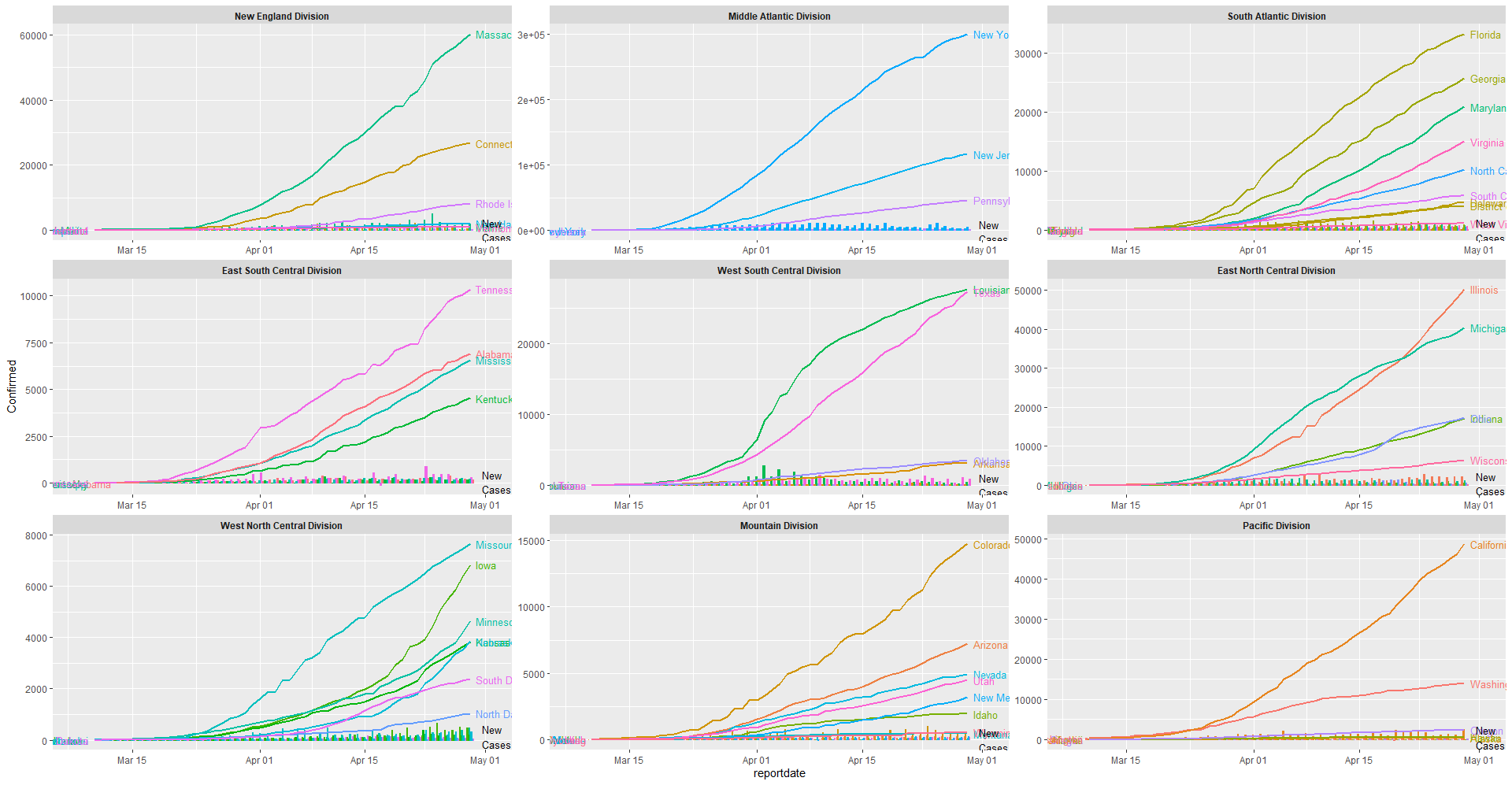 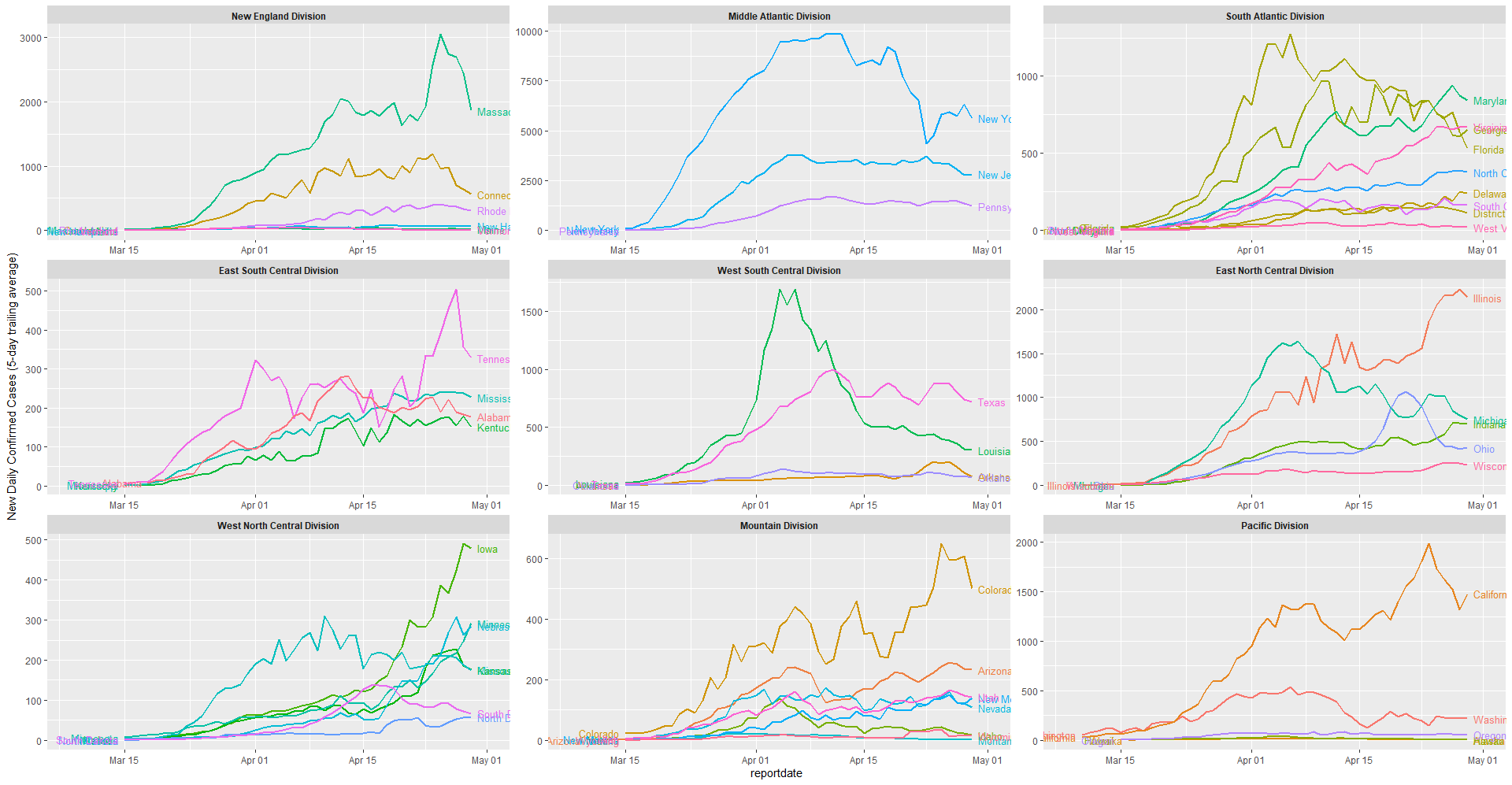 While we continue to see linear growth in cumulative cases in most states, the good news is that the five day trailing averages of newly confirmed cases is declining in several states (see, for example, New York, Louisiana, Michigan, Washington). Trends like these are evidence that the curve is flattening in at least these states. Five day trailing averages, however, do not yet meet the 14 day decline guideline for reopening, although certain states appear to be closing in on that threshold. In contrast, other states continue to show steady growth in new cases, with Iowa and Nebraska showing particularly alarming trends – likely reflecting large, well publicized outbreaks related to meat-packing plants in those states. Notably, neither Iowa nor Nebraska have statewide shelter in place or stay at home orders.

For comparison, Figure 3 shows the five day trailing average for several countries and other localities of interest. Included among them are Italy, France, Spain, and Germany, all of which are currently actively loosening or moving toward loosening restrictions. Notably, the curves for these countries show steady downward trajectories in new, or incident, cases for weeks, unlike most US states. 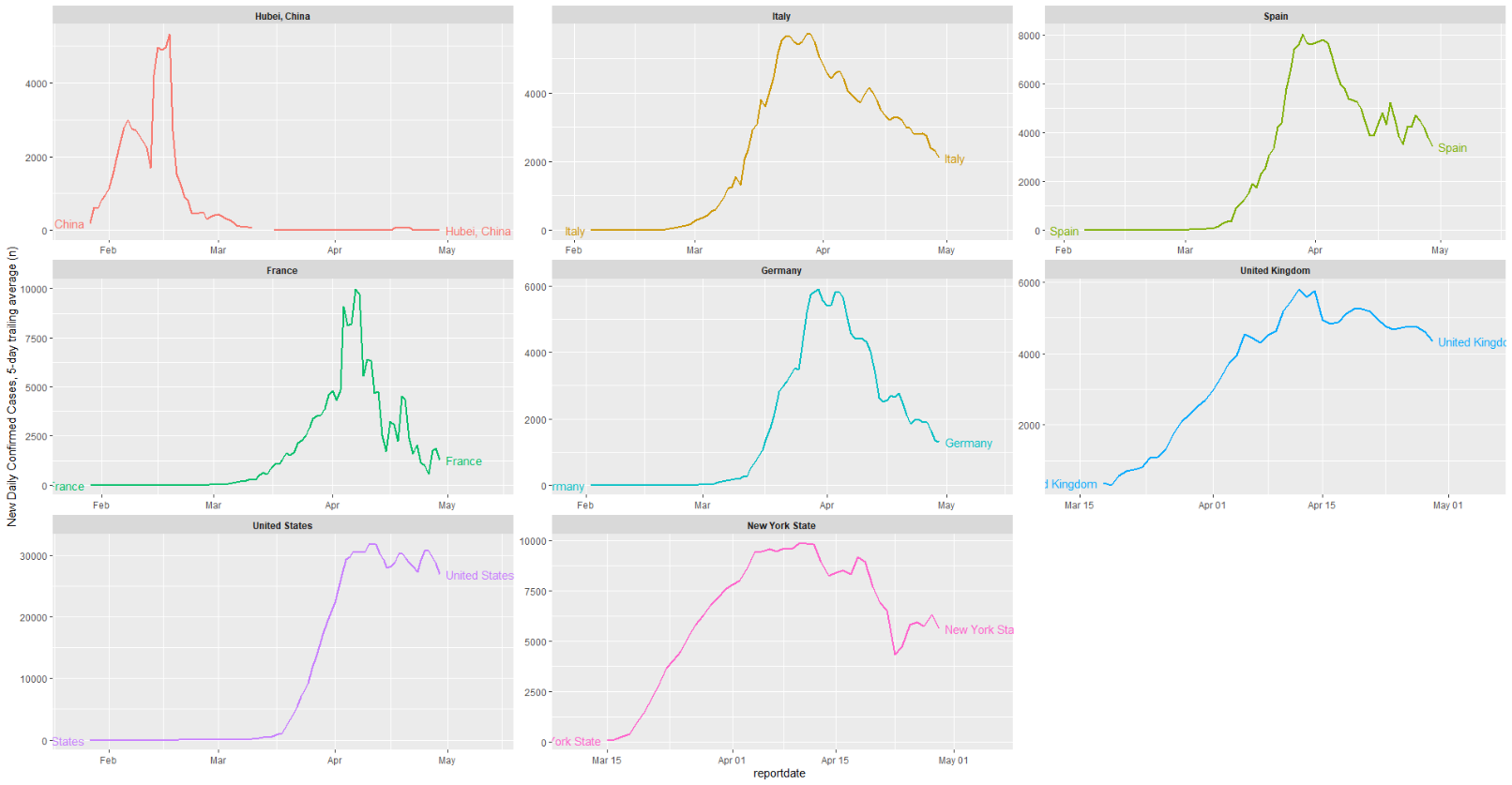 Even as many states move toward reopening, until there is an effective vaccine and/or treatment; social distancing, handwashing, and good sanitation practices will remain critical in order to avoid, or reduce the impact of, a second wave, similar to what was seen with the Spanish flu in 1918-1919.